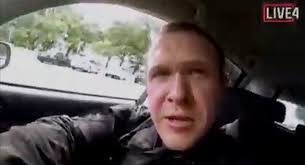 The No Agenda Podcast aired a round up of mainstream journalists blaming President Trump for the Christchurch New Zealand massacre.

we know that lots of far-right attackers have claimed to be Trump supporters in recent months.

the language he uses in this manifesto is all about invaders it’s also language that President Trump used in a campaign ad before the midterm election.

Here’s what the Christchurch terrorist wrote in his manifesto:

Were/are you a supporter of Donald Trump?As a symbol of renewed white identity and common purpose? Sure. As a policy maker and leader? Dear god no.

“As a policy maker and a leader? Dear God no.”

It’s a blood libel to suggest that this lunatic was inspired by Trump when the shooter himself is explicit that he doesn’t support Trump’s policies or his leadership. It’s also an attack on Trump supporters, as though they are supportive of inspiration to murder.

And the FakeNews media wonder why they’re considered an enemy of the people.

Here’s who he actually admires:

The nation with the closest political and social values to my own is the People’s Republic of China.

Huh. The Christchurch shooter might as well be any Ivy League progressive!